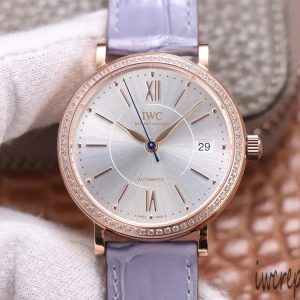 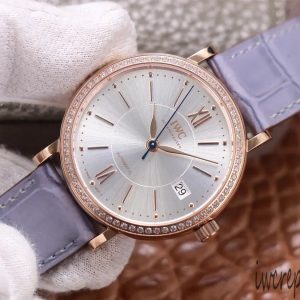 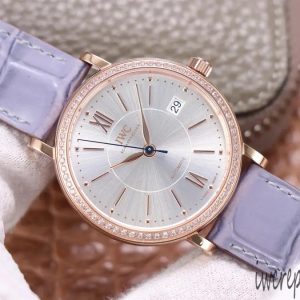 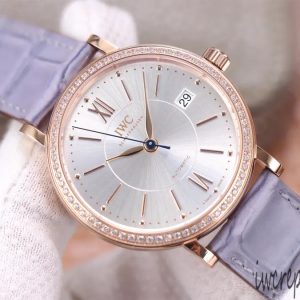 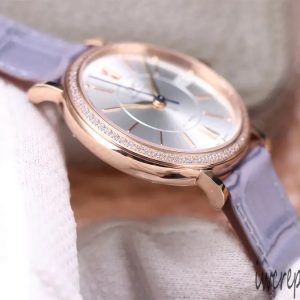 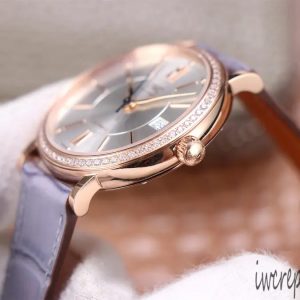 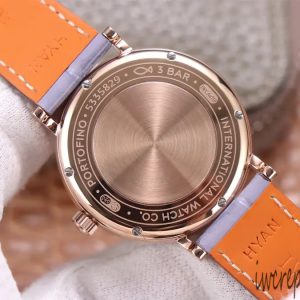 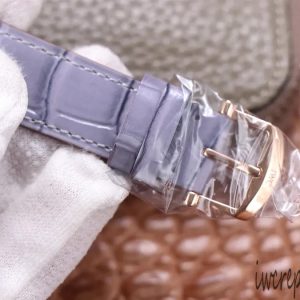 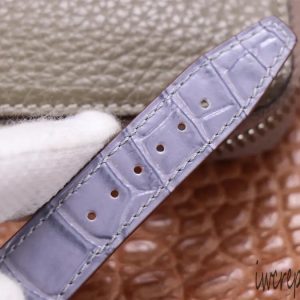 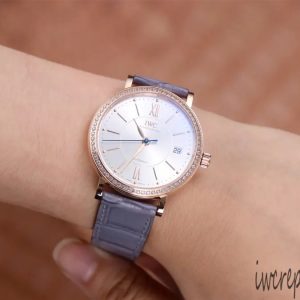 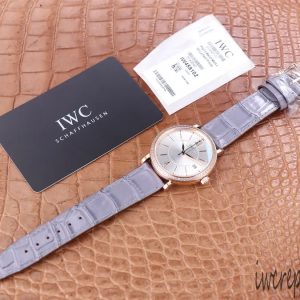 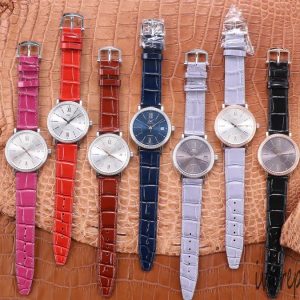 1. V7 factory female model Portofino is the only version in the industry that dared to present true and false comparisons. It corrects all the shortcomings of the current version on the market. Its structure and details are copied one by one according to the original. After disassembly, it is perfectly consistent with the original and is truly a perfect clone.

2. This watch is simple and elegant, noble and delicate, V7 factory literal, pointer color, texture are all indistinguishable from the original male and female, and the degree of restoration is really applauded , And it is still equipped with the original imported sapphire mirror with the transparency synchronization to make the look and feel perfectly synchronized with the original.

The details of the V7 factory have always been rigorous. The literal color, sun pattern and scale effect of this model are also impeccable when magnified, and its excellent calendar The printing process is also unabated, consistent with the original product.

3. Highly difficult and high-cost literal, the V7 factory’s literal scale and peripheral diamond nails make the watch more luxurious. The difficulty lies in using the same original The base has four-claw inlay technology, and it uses top-quality Swarovski spar, which is obviously different from the common practice of zircon on the market, and its cost is several times that of the general version on the market. The effect can’t be the same!

4. The V7 factory still uses the original homologous purely imported Swiss brand new ETA2892A2 movement. Its structure is consistent with the original, and its performance is as excellent and accurate as the original. Permanent, no trouble of repairing!

V7 also provides the people-friendly version of the Seagull 2892 stable version for selection, and the appearance details are the same as the Swiss version. The shape and size of the head and core are all professionally customized and original.

5. Thanks to the use of the synchronized original 2892 movement and the genuine mold opening, all the accessories of this watch from the V7 factory can be interchanged with the genuine product, which is beyond the reach of other versions on the market. The inner image, the literal and the height of the hands are perfectly in line with the original, which solves some obvious flaws and shortcomings of the 9015 movement version on the market! And its timing and winding feel perfectly matches the original, and the calendar adjustment direction is also the original counterclockwise adjustment method, which avoids another major flaw.

The dense bottom design adds points to the perfection of the watch. The drawing of the V7 back cover and lettering are in place, which is perfectly restored.

6. V7 factory top watch case production process, its diameter, thickness, lines and arcs are 100% gentle and original, and the chamfering and polishing are also in place. There are no dead ends at all angles.

8. The V7 factory follows the top-level belt technology standard, adopts high-cost American crocodile leather, has neat lines and clear lettering, and the bottom leather is also imported French cowhide. , The texture is awesome. The friendly seagull version is matched with top craftsmanship imported French calfskin. The color of the strap is available.

The pin buckle is opened according to the original mold, and the lettering, curvature and polishing are synchronized. Very delicate.

9. The case size data is perfect, and the V7 factory is no different from the original.

10. The V7 factory’s wave of Fino can be seen on the world’s top 120-cut Swarovski zircons, and each one is engraved with SWAROVSKI ZIRCONIA (visible with a magnifying glass, the only one in the industry, and the cost is several times more expensive than the ordinary version). It is fully in line with the comprehensive standards of the international diamond grading authority GIA in assessing the diamond cut grade, and it is comparable to diamonds with incomparable brilliance! overall

There are no reviews yet. 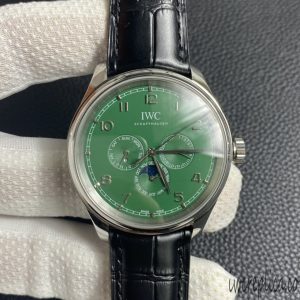 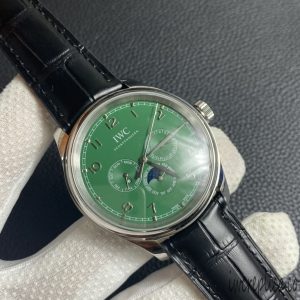 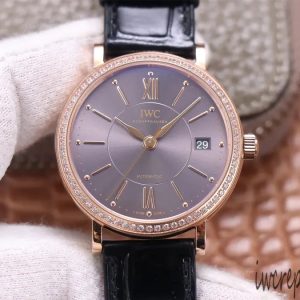 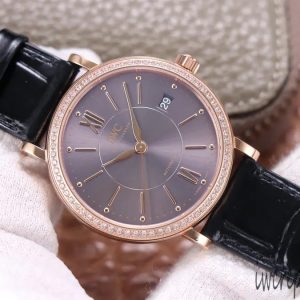 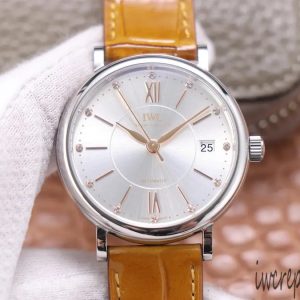 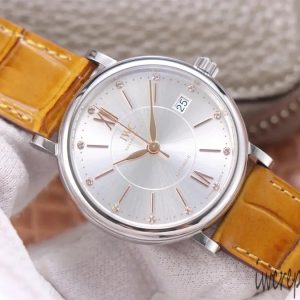 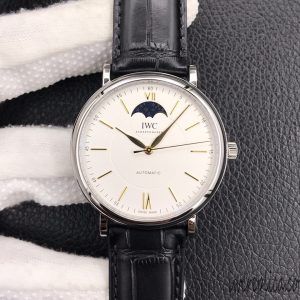 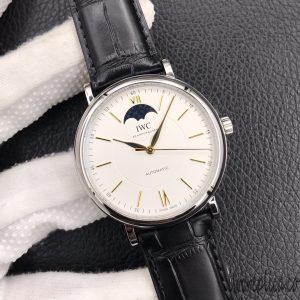 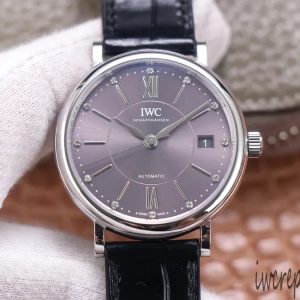 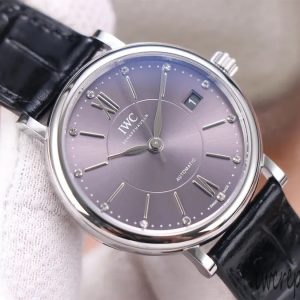 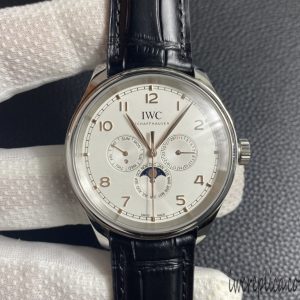 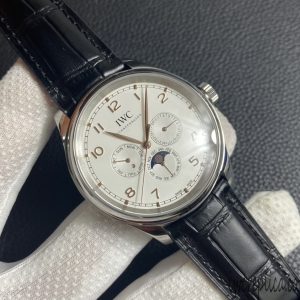 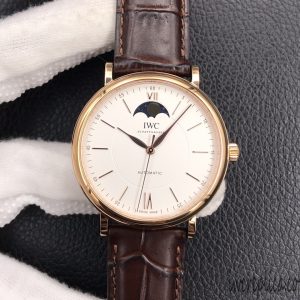 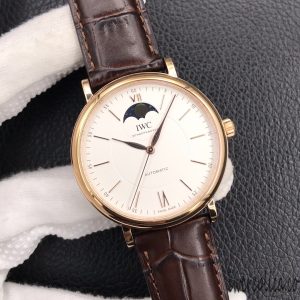 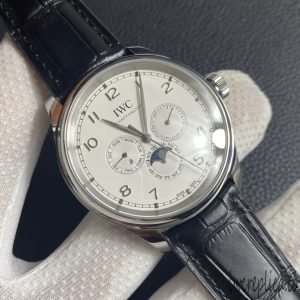